Otis Elevator Company has been safely and efficiently moving people for 150 years. Otis is the world’s largest manufacturer of elevators, escalators, moving walks and people movers. With 1.2 million installations, 61,000 employees, and operations in more than 200 countries, it’s safe to say that the world rides on Otis Elevator Company.

The word escalator was coined by combining the Latin word for steps —“scala”— with the word “elevator.”

The term remained a registered trademark of the company until 1950, when the U.S. Patent Office ruled it was in the public domain since escalator had become the generic name for a moving stairway. 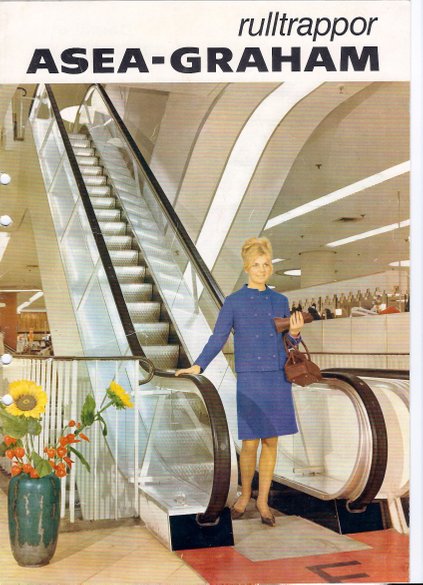 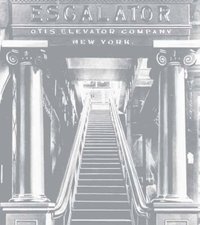 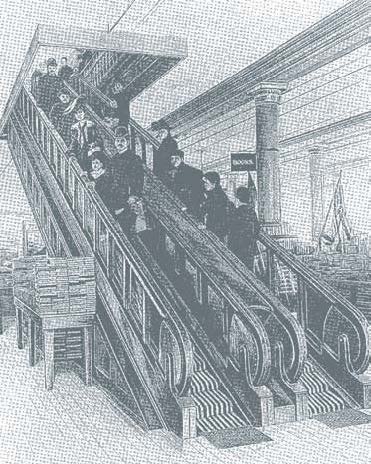 In one earlier design, as the moving steps reached the upper landing, they disappeared under a “V” shunt. The purpose of the shunt was to literally shove passengers off the stairs and onto the landing. This required them to take an awkward sidestep with one foot while the other foot was still traveling forward. This called for considerable concentration and  coordination on the part of the passengers—a difficult enough feat at the best of times, much less when one was burdened with parcels or attending small children.

Another alternative was a system that employed a series of comblike prongs that lifted the passengers’ feet off the treads when they reached the top. The prongs were designed to mesh with the tread cleats at the end of the ascending and descending runs. This was an improvement over the awkward “V” shunt system, but the 30–40 cm (12-16 in) prongs still posed a hazard. Passengers were tempted to leap over the approaching prongs rather than risk being scooped off. Neither the awkward “V” shunt system nor the pronged-comb solution was practical for the majority of users.

Otis solved the problem of the transition point by combining the moving tread with a much safer comb and cleat design that reduced the prongs to a safer, tapered length. At this point, escalator sales began their steady climb. In its first year with the newly designed escalator, Otis sold more units than it had in the previous 20 combined.